An Unexpected Storm Reveals Our Priorities

I have to say that one of the things I appreciate most about modern living is the ability to flush a toilet. I was just reminded about this when we regained power after a big wind storm knocked out our power for about 24 hours (we got off easy on this one!)

We Were NOT Fully Prepared

This may sound like heresy to those in the homesteading, off-grid, and prepping communities, but in this case I have a reason. We are usually gone from the mountains by this time each year, and heading towards a warmer climate; however, this year we found ourselves delayed by about a month and a half.

Because of this, we had to vacate the little mountain camp we were staying in so that the owners could drain pipes and get it closed up before things began to freeze. Fortunately, some really good friends were also heading out of the mountains for the winter, and they have a "normal" house (i.e. the kind with insulation and central heat, which sure comes in handy up here).

They very kindly offered their home to us so that we could finish out our season before heading south.

Being on a bit of a time crunch, we pretty much just tossed things into the vehicles and hauled our stuff over to the house, and hadn't had any opportunity to really unpack much or get organized for our final month between moves.

That's when the storm hit. Actually, it was more of a wind storm than anything.

Winds Knock Out Power a LOT Around Here

I am not quite sure how high the winds got, but the weather websites were saying we were supposed to be getting upwards of 50+ MPH winds. Up here, that's pretty stiff, and it's not unusual for trees to fall on wires.

And that's what happened in this storm. The picture for this post shows how the wind uprooted a pretty good-sized tree which took down the wires on our road.

It turns out that we had work to do in another area of the town, so we were gone most of the time that the power was out, but a quick look at the forecast told us that the house would be safe without heat - for a while, maybe a couple of days, before temperatures began to drop.

What We DID Have Ready

Fortunately, as the lights began to flicker, there were a few things we DID have ready to use, even in the chaos of moving boxes, etc.

Again, it's really important that you know WHERE your emergency supplies are! In this case, we had most of our emergency gear in one or two boxes, and the camping gear was also close by since we had recently used it on a canoe trip.

What we had ready included:

A conversation with some neighbors told us that power was likely to be restored within 24 hours. 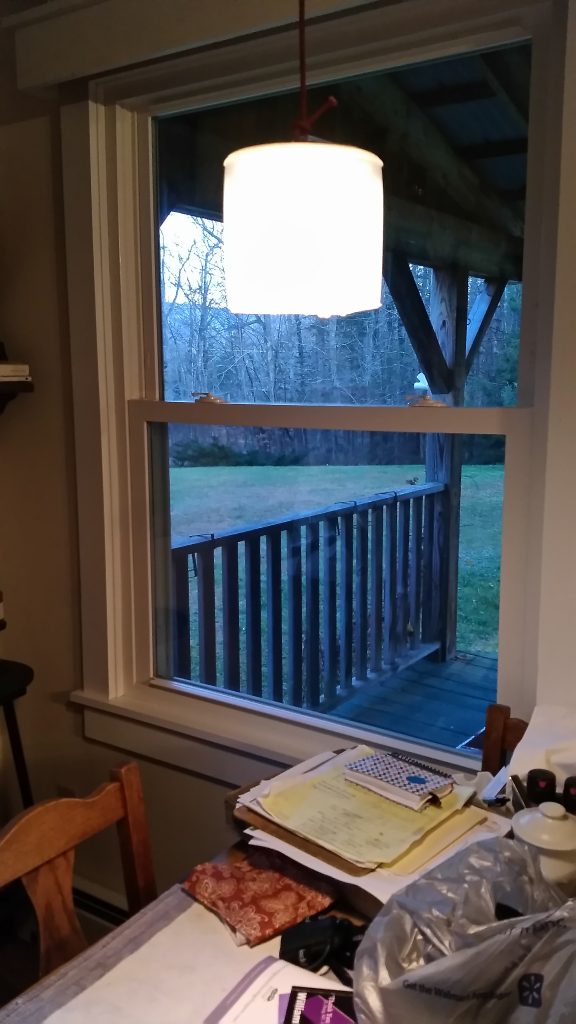 It's hard to tell in the twighlight, but the Luci light did a great job of illuminating the table. We just hung it from the existing light fixture!

We Did NOT Open the Fridge or Freezer much...

This is one of those important things to consider during a power outage - especially in warmer climates. Every time you open your refrigerator or freezer during an outage, you risk letting the cold air out, and the warm air in.

We took mental stock of the food we knew we had in the refrigerator and freezer, and realized we needed to ensure that some stuff went from the fridge into a cooler - which we loaded and put into the cold garage where we knew animals wouldn't get to it.

If the power outage were to last more than a day or day and a half, we might have to start transferring frozen goods (or eating them fast!)

Of course, this posed a potential problem we were not prepared for...

Do you have a portable generator yet? I can tell you - and I must be 100% truthful here - at this time we do not... But I can guarantee you that in our next home we will. (BTW: If the only reason you DON'T have one is because trying to choose one can be overwhelming, check out our basic introduction to portable generators here. It will help make the process easier!)

As I mentioned, we are currently living out of boxes, and when we sold our home last year a lot of stuff went on Craig's List, Facebook market places, and our yard sale.

Well, as it turns out, our neighbors DO have a generator, and if things were to get gnarly, we could take it out of storage and get it running. In this case, we really didn't see the need to go that far since this we weren't anticipating an extended outage.

The one generator that we probably will be getting for our next house is a Honda Generator (EU2200i model), because we're used to working with it. The one shown below (The Honda EU2200i) is used at the remote camps where there is a considerable bit of on-going yearly maintenance, and it happens to be the one that came in handy more than once when we lost power at our old house.

It's the one that one of our small-engine expert friends uses as well. Obviously it's not a "whole house" generator, but it does the trick for power outages that have even lasted over a week for us. Again, we use it sparingly - keeping the fridge cold, running the water pump if need be, charging phones (although of course these days there are great solar-powered chargers that are just fantastic), etc. 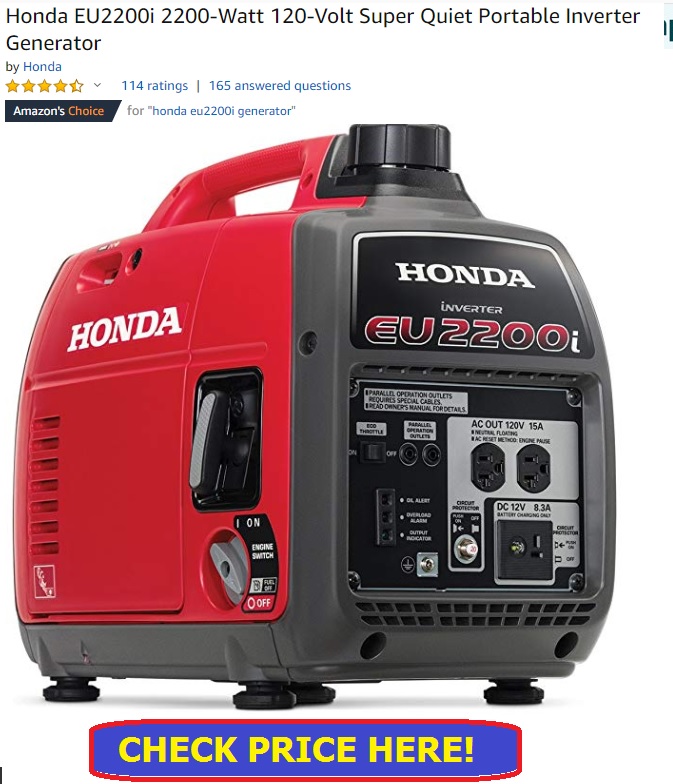 A Discussion about Priorities

As we sat by "Luci light" that evening, we were talking about what REALLY matters in an emergency situation.

People will talk about how it's nice to have some "fun" stuff like decks of cards and such to keep busy during emergency situations, and yes, it is nice to have that. But, for true survival, of course a deck of cards isn't going to go far unless you're some type of MacGyver  and can create some type of tool out of them.

We had been used to living in a cottage with a wood stove and gas range - so no matter what the temperatures were during an outage in the past, we were always cozy. And because we had a gas stove, we could always cook.

If your home has an electric range and furnace with no auxiliary heat like many, many millions of other people, then there could be a problem.

It definitely made us think!

That said, we realized that, going forward in our NEXT house, we have a few priorities that will be in place (hopefully before we need them!) Most of this is obvious anyway:

Of course there are all the other things one should do in order to be prepared when the power goes out with or without warning. See some of our other articles here at the site for more!

Thank you for reading!