Why an Inflatable Solar Lantern Should Be in EVERY Survival Kit

I first saw an inflatable solar lantern in 2016 when a friend stopped by for a visit after she finished a backpacking trip. As we caught up, we began chatting about the gear she was carrying. We talked about all the typical stuff – what boots she was using, the new sleeping bag and lightweight tent, etc.

If you are part of the hiking crowd, you will know what I mean. It’s like if you and your friends enjoy fishing or hunting, you invariably talk your fishing rods, lures, flies, guns, ammo, etc, in the same way.

A Solar Air Lantern: Wish I had thought of that.

My Introduction to the Luci light by MPOWERD

She said that her new favorite gadget was a Luci Lantern, the now famous inflatable solar powered lantern by MPOWERD, a Brooklyn, NY based company. It’s a lot like the LuminAID of Shark Tank fame if you remember that episode! (More on that later! But you can see it at the right -->)

Of course I had to see it since I’d never even heard of such a thing before. As she retrieved her Luci (so named, I imagine, for the term “Lucifer,” which has been a slang term for matches in years past), I was instantly impressed. 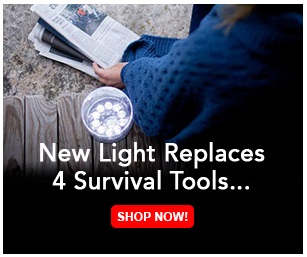 Weighing in at a mere 4.4 ounces, the company claims that Luci lasts up to 14 hours on an single charge, and my friend said that she used the light every night after making camp, and always had plenty of light.

She still carried a lightweight, battery-powered headlamp (she had the inexpensive but reliable Foxelli headlamp with her) but used the Luci for hanging around camp.

My friend’s visit came shortly after we had been without power for 12 hours due to a storm that had taken down some lines – a fairly common occurrence in the mountains. Of course we have emergency candles and plenty of flashlights and batteries, but going forward, we realized that a number of inflatable solar lights were a must-have in our emergency kit.

Why? After all, if you lose your power during a storm, it’s not likely that the sun will be shining to power up a solar lamp, right?

Here’s the thing though. We should never rely on just one source of lighting. For example, batteries go bad, flashlight bulbs burn out, candles eventually burn out (not to mention being a potential hazard – especially so if there has been a natural disaster where there might be a gas leak), and propane also runs out eventually (and propane lanterns are also fairly noisy).

A Luci light will retain 95% of its charge for each month it's in storage. In other words, if you were to stow it away on January 1, you'd still have more than half the charge come October!

An inflatable solar light is an amazingly simple and very inexpensive way to add another lighting option to your emergency kit or go-bag.

Plus, I have to add from a personal perspective, the light these little gizmos give off is exceptional. We deliberately used my friend’s Luci that evening for general lighting, and even took it outdoors to check out some plants in the garden to check out how well it lit it up. It honestly did very well. I was able to see a difference between a ripe tomato versus an under-ripe one.

Of course that’s not likely to be the reason you would use a solar light, but I just wanted to see how it worked.

Most of the models I’ve looked at have more than one power level – low, high, and flashing. The flashing mode can come in handy if you are trying to call attention to yourself.

I personally prefer using a solar lamp during a power outage over our propane lantern – which we have used for years. As I mentioned above, propane lanterns tend to be a little noisy, and of course they burn fuel that I would prefer to save for cooking.

By the way, speaking about cooking, we’ll talk separately about some of the solar cookers we’ve become enthralled with lately. That’s for another article!

So, in October 2017, we had a big storm come through, and because we were located “at the end of the line” so to speak, we didn’t get power back for nearly a week (and no internet for 13 days until the cable company could work through the woods to re-run the lines).

The power crews have to work on getting as many people back on the grid as possible, so because we were the only house in a particular section, we weren’t prioritized. Also, they take into consideration people who report more urgent needs (e.g. critical medical equipment, etc), which, fortunately excludes us.

Because we are prepared for this, we pretty much just enjoyed the experience as an opportunity to live a simple, uncomplicated existence for a week.

We only needed to use propane for cooking, because we had numerous other lighting options – including the Luci. The sun came out enough during the week to ensure that the light remained charged.

We had plenty of drinking water stored, and collected rain water in 5-gallon buckets which we used for flushing and boiling (to wash dishes). We had a private septic, so flushing wasn’t an issue since there was no dependence on a municipal sewer system.

Because a member of the family has been an AVID climber (rock and ice) in the past, and loves camping and mountaineering in general, we also had a cool "box oven" that we used to bake chicken and even corn bread (you'd be surprised at how great it works!).

Actually, here's a picture of our own camp oven - as you can see, it's got some age. Today, we'd probably recommend having both a camp oven like the Coleman Camp Oven (Here) AND a solar oven - more on that later.

Ever since discovering these cool lights, I began researching them a bit more. While MPOWERD is my personal favorite for a number of reasons that I’ll save for a specific Luci inflatable solar light review, there are plenty of other players in the market.

In fact, these days there is no shortage of variations – from inflatable (e.g. Luci, LuminAID, SolarPuff) to collapsible (SUAOKI, Kizen, Goal Zero Crush) to the more traditional solid “lantern” style (AGPTEK Solar Lantern, Tansoren, Lighting EVER).  And we definitely encourage you to have a look at them.

(NOTE: We decided we'll devote an entire post on comparing these models. Check back soon!)

Then, we saw the AIDIER Ultra-Thin Solar-Powered Camping Lantern, which, if you look closely at it, and then at the base of the Luci or another inflatable solar lantern, you might think it looks like the lighting panel itself without the surrounding lantern itself.

Then, of course there are more complex solar panel and lighting systems, designed more for folks living off the grid or wanting more than a simply emergency lantern. But that is a topic for another article!

What it really comes down to is that keeping a few solar lanterns (as well as other solar powered gear) in your emergency supplies is a no-brainer these days. They couldn’t be any less expensive, they throw off good light, and they last a long time.

Most of them will fit in your glove box of the car, so there is no reason to not keep a couple in your vehicle.

And, keeping in mind that even when you are in a cozy hotel room when you’re travelling that the power can go out there too (it’s happened to us), if you keep one in your luggage, there will be that rare occasion where you will be glad you had it.

In today’s world, where the storms are getting stronger and more frequent, as a reader of TruthSurvival.com you might not believe that there are still people out there who don’t have any type of emergency supplies whatsoever, but it’s true.

Getting your friends and loved ones a couple of emergency solar lights is one of the easiest, least expensive, and thoughtful gifts you could give.

And who knows? Maybe it will spur someone to put together an emergency plan and survival kit before the next storm or other disaster hits.

Thanks so much for reading! 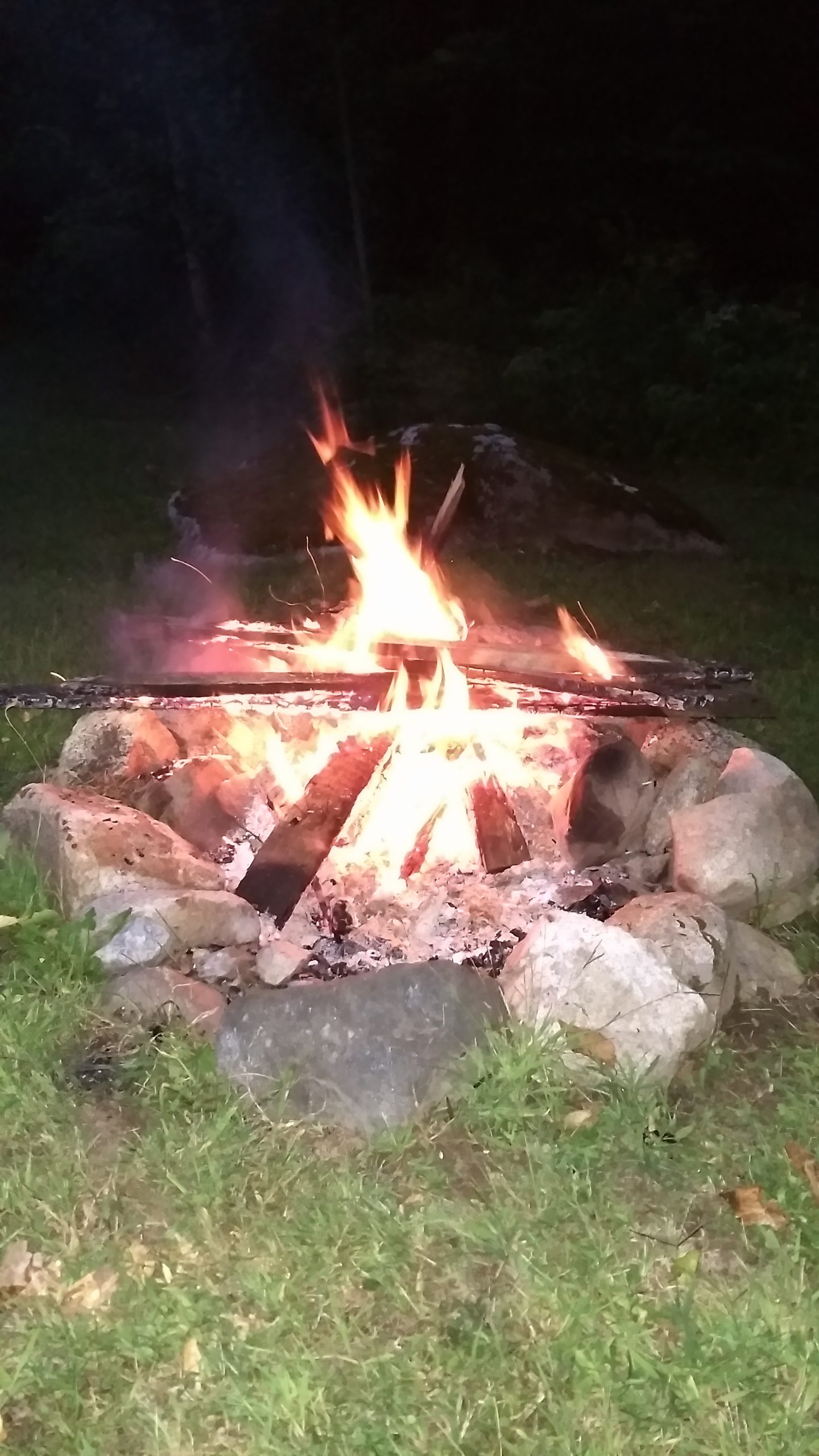