How to Survive Without Electricity

Sooner or later, you’re going to find yourself without electricity. How long will it stay off? It’s impossible to know for sure. It could last for a few hours, a few days, and even a few months (the survivors of Hurricane Katrina can vouch for this). Fortunately, living without electricity is perfectly doable (people in third-word countries do it every day), but you’ll need to know the proven steps. For example, you’ll need to worry about light, heating, cooling, sanitation, and a host of other problems. First I’ll talk about the potential threats that could cause you to lose power indefinitely, followed by show you how to survive without electricity. Let’s get started.

Common Threats to the Power Grid

Despite what you may think, the power grid is NOT INVINCIBLE. There are a multitude of things that could bring it down for a long time. Most people go throughout their day without thinking twice about what could happen. But this is a mistake. Just because you ignore a problem, doesn’t mean that it’s no longer there. For this reason, I want to make you aware of the common threats that could bring down the power grid, as well as show you how to prepare for them. The major threats include:

I’m going to bet that you probably don’t even know what a solar CME is. That’s okay- it wasn’t too long ago that I had no clue what it was either. A solar CME (Coronal Mass Ejection) is an unusually-large release of plasma from the sun. NASA often refers to them as “Solar Storms”. Believe it or not, a big enough solar CME could destroy the entire world’s power grid in as little as 12 hours. While scientists monitor solar storm activity on a 24/7 basis, there’s still no way of knowing exactly when a big one will happen. Check out this news story from 2010:

If an EMP attack were to ever happen, you’d have to learn how to survive without electricity- and fast. EMP stands for “Electromagnetic Pulse”, and a big one could destroy our power grid. An EMP attack would cause all electrical equipment to stop working. This includes power lines, cars, and even pacemakers. In short, we’d be living without electricity indefinitely following an EMP attack. How likely is an EMP attack? Fortunately, not very likely. The truth is that EMP weapons are hard (and expensive) to build. Still, according to an article from VICE, governments around the world still consider them a real threat.

Of all the threats on this list, this is probably the most likely one to happen in your lifetime. A natural disaster like a hurricane or an earthquake could easily bring down the power grid for several weeks to several months. In 1992, over 1.4 million Floridians were left without electricity following Hurricane Andrew. Other natural disasters like tsunamis and tornadoes are very unpredictable, and could hit while you’re reading the words on this page! Due to the fierceness and unpredictability of natural disasters, it would be wise to learn how to survive without electricity (just in case). Now that we’ve learned about some of the possibilities, let’s talk about how to survive.

When living without electricity, your first priority should be to acquire some form of lighting. If you can’t see what you’re doing, there’s no way to apply the tips in this article. Since no single form of lighting is 100% reliable, it’s recommended that you INVEST IN SEVERAL TYPES OF LIGHTING. Some of the major ones to consider are: 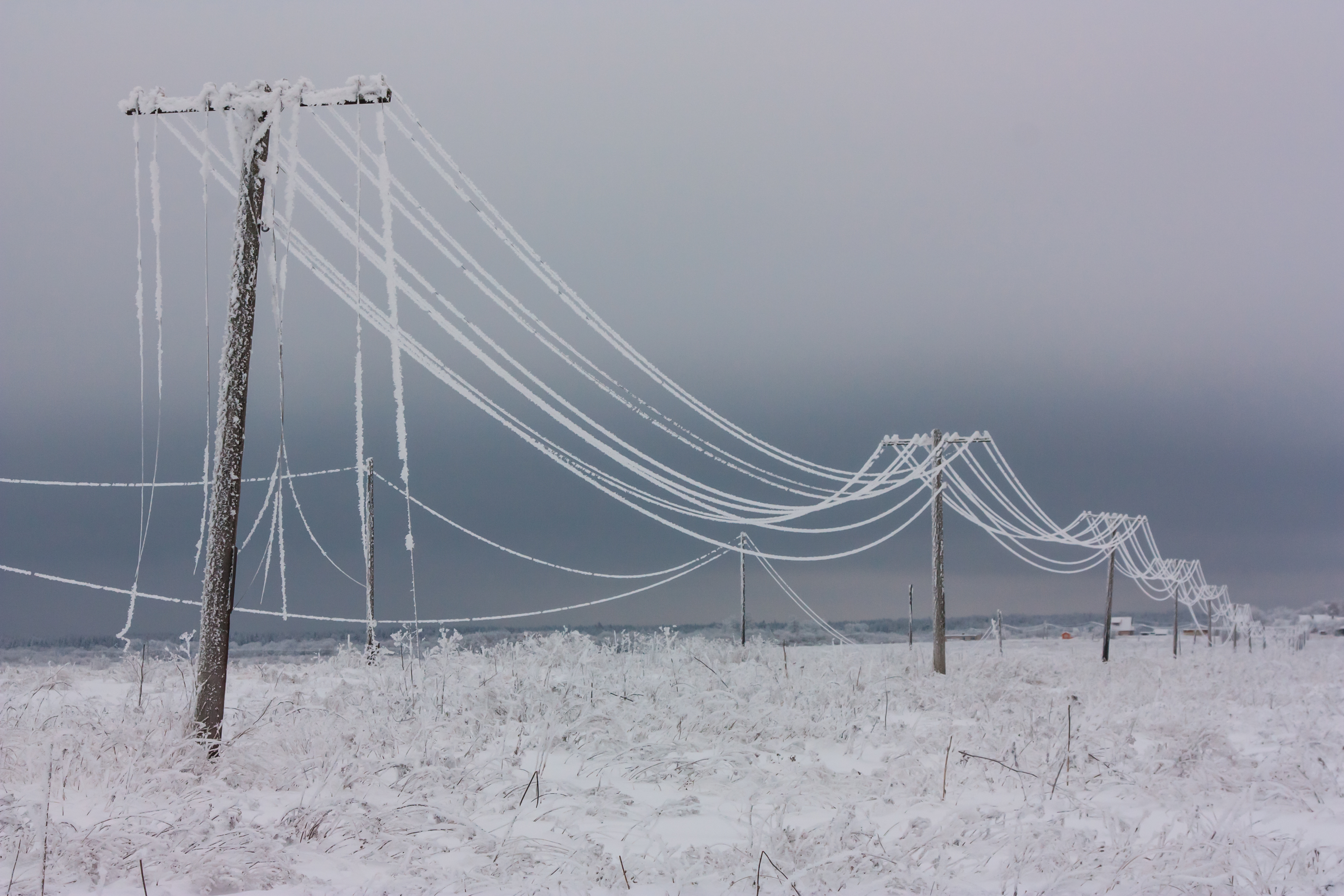 When learning how to survive without electricity, you need light. Without it, you’ll become very inefficient and won’t be able to get anything done once the sun goes down. I recommend diversifying your light sources as much as possible. That way, if one or more of them fail, at least you’ll have several others as a backup. 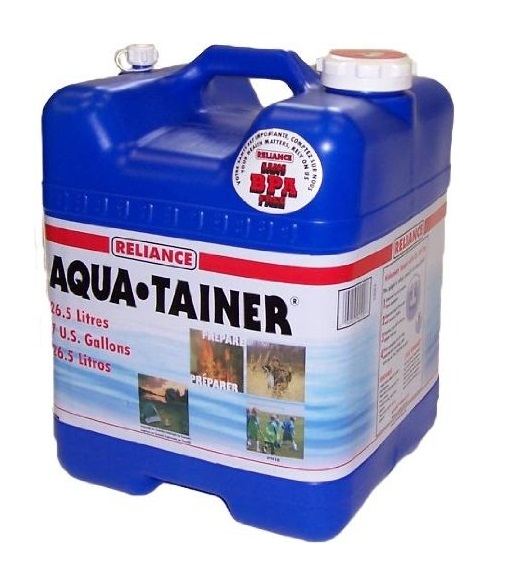 Once you’re able to see what you’re doing, it’s time to worry about water. The human body can only go 1-3 days without water, so you’ll need to make it a top priority. My first tip: buy and store a few weeks’ worth of bottled water before a disaster happens. Or, to save some money, and if you know ahead of time that a storm is coming, it wouldn't hurt to fill a few containers (preferably BPA-free like the Aqua-Tainer) and keep them on hand.

After a disaster, it will be too late. Grocery store shelves will be looted in a matter of hours following a hurricane or EMP attack. The more you prep beforehand, the better off you’ll be. But your water supply obviously won’t last forever. When you run out, here’s how to get more:

My biggest takeaway from this section is to stock up on as much water as possible before a disaster happens. Then you won’t need to worry about things like collecting rain water or purifying dirty water using bleach. Note that if you’re going to store water for the long-term, it’s better that you do it using 55-gallon barrels (since they’re BPA-free and UV-resistant). The only downside is that storing barrels isn’t space efficient for someone living in an apartment.

I’m not going to devote that much time talking about cooking without electricity. That’s because most foods that you prep (canned foods, dehydrated foods, MREs, etc.) don’t need to be cooked prior to eating. But just in case you run into a situation where you need to cook food, here are two ways to do it when living without electricity:

As far as convenience is concerned, portable gas stoves are the best way to cook when learning how to live without electricity. Most operate off propane, so you’ll be able to cook and heat foods just as you would with a conventional stove. A quality model that I recommend is that GasOne GS-3000 Portable Gas Stove. It only costs about $25, which is a good bargain in my opinion. If for whatever reason you don’t like this model, know that there are hundreds of others to choose from (many of which are equally as cheap). But this isn’t the only option that you have. 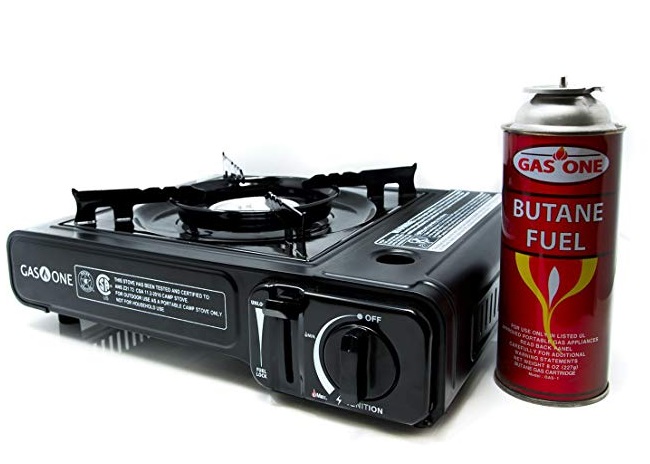 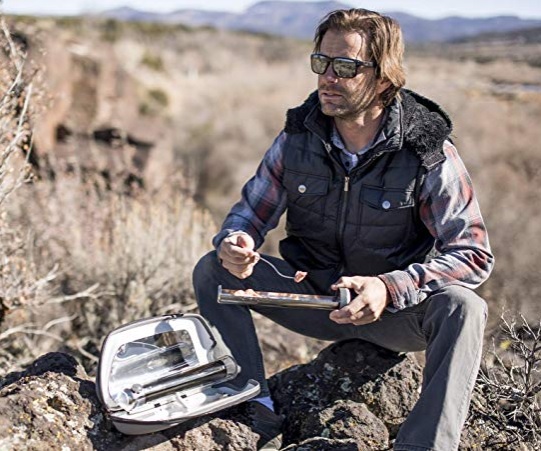 In a previous article, I talked about how to build a DIY solar cooker out of a pizza box. With one, you can heat canned soups, cook hot dogs, cook rice, and even bake cookies. They’re super-easy to build, and cost practically nothing (most of the required materials you probably already have in your home). The only downside is that they take longer to heat than conventional ovens, but when living without electricity, you can’t be picky. If you don’t want to take the DIY approach, know that you can buy your own solar cooker like this GoSun on Amazon.

When learning how to survive without electricity, heating and cooling will be a major challenge. Fortunately, it can be overcome with a little creativity. For heating, nothing works better than some good old fashioned wood burning. If you live in a rural area, plan in advance by having a substantial amount of wood already cut. If you have a fireplace, that’s even better. But if you don’t, building your own fire pit is the way to go. Always opt for hardwoods (like oak) since these tend to burn better than softwoods. For a less primitive heating option, indoor safe propane heaters can work as well.

When living without electricity, air conditioners will no longer be an option since they need electricity to operate. For cooling, you’ll need to rely on things like fans, window shading, and natural breezes. It won’t be the most comfortable living situation, but nobody ever said that learning how to survive without electricity was going to be comfortable (you’ll simply need to get used to it, especially if it goes out indefinitely). You may wish to refer to our post that will teach you how to build a DIY bucket air conditioner out of a 5-gallon bucket.

When the flow of electricity stops, your living area will inevitably become filthier. First there’s the issue of human waste. With no running water, you won’t be able get rid of it using a toilet. Then there’s the issue of trash. With no more trash trucks coming to your rescue, all your trash will pile up to dangerously high levels. If you don’t take care of sanitation, it’s very likely that you and your family will become ill.

It’s no joke. The last thing you want in a post-crisis environment is to get sick. I recently read an article that does a good job at explaining how to deal with human waste when living without electricity. I highly recommend that you check it out, because it very plainly and clearly spells out a number of steps you can (and should) take during a grid-down situation. Some of the steps include (just in case you don't want to look at that article):

In that article, the author talks about a 5-week long power outage in New Zealand back in 1998. The author talks about how after only 3 days, people were "going" just about anywhere. This illustrates the absolutely necessity of being prepared for a situation like this. In fact, here's a piece from a 1999 issue of Wired that talks about the effect this enormous outage had on the people of Auckland during that time.

So, take this seriously.

Additionally, you’ll want to invest on things like antibacterial soap, hand sanitizer, Lysol, and other things that can help keep your living area free from dangerous microorganisms. Don’t skimp out on sanitation- it’s arguably the most important thing to remember when learning how to survive without electricity.

How to Survive Without Electricity – Bottom Line

When living without electricity, don’t expect things to be comfortable. Things aren’t going to be comfortable, so you’ll just need to get used to it. That’s where being mentally tough becomes really important. If the power grid goes out indefinitely, there’s no telling how long you’ll need to go without electricity. Here’s an experiment to try: shut off all the electricity to your home for 24 hours (just to see how things go). It will give you a small, yet, very realistic taste of what to expect if and when the power grid really does go out.

Apartment Prepping: How to Get Started 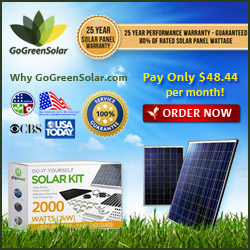